Pittsgrove, NJ, March 21, 2018. “Going Ike,” returns for a third season! Follow Ike and his fellow anglers, friends, and family for another great season of fishing fun. You don't want to miss this seasons adventures with fellow Angler's Britt Myers and Fletcher Shryock along with a ridiculous episode with the Ike Live crew, two amazing days salt water fishing with Hobie's very own Morgan Promnitz, local fishing with Taylor Stewart, better known as lawless_fishing on social media and a Holiday of fishing with the Ike kids. The show kicks off Thursday, March 22nd at 3pm EST on mikeiaconelli.com or Mike Iaconelli's YouTube Channel.

“I’m super pumped-up about season three of Going Ike! It’s the perfect mix of freshwater, saltwater and multi species fishing adventures! I’ve teamed up with some amazing anglers and friends to bring you new, crazy and wild fishing adventures! It’s hard to believe that we’ve been filming Going Ike for three years but the shows just keep getting better!” 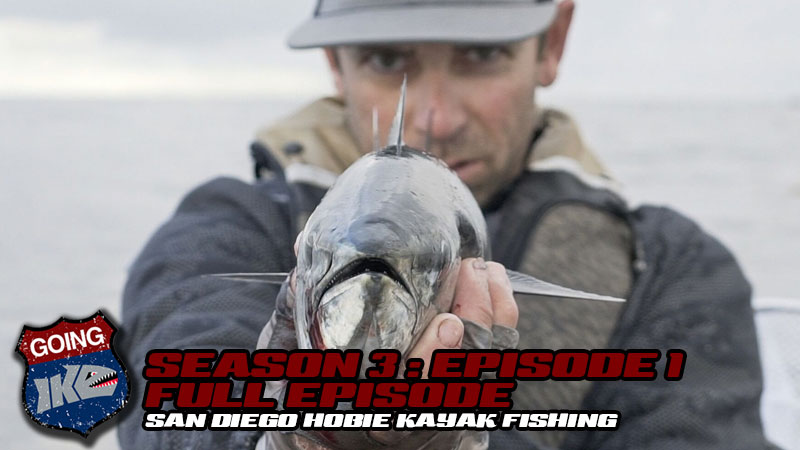 Each episode crams in a full day of fishing action, fun and excitement. Fishing venues and themes include the unlikely, the unusual, and the unheard of, from fishing in urban areas, to secret hidden spots in the country, and everything in between.

Going Ike was filmed and produced by two professional film makers, 496 Films with Hunter Shyrock and Illustrado films with Vince “Stizo” Wasserluk and Ray “Stay Nice” Quijano. A new Going Ike episode will air every two weeks. To receive an email with dates when each new episode is released, subscribe to Mike's newsletter on Mike Iaconelli's website and get a special coupon for a discount on Ike merchandise from the Ike Shop.